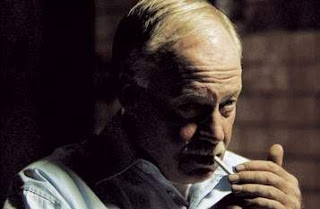 That the CIA has been paying one of the Karzai clan, who is the brother to another Karzai clan member, President Karzai is well known.

The fact that someone is being paid to do the CIA's bidding is portrayed by the neoCon controlled press as some new shocking incident.

Ok, so it is probably shocking, but it is not "news", it is "olds" to those who follow the poppy truth.

There is some news about a guy I met at U.C.L.A. where he talked about his life as a drug enforcement officer in the Los Angeles Police Department.

The CIA became a part of his life, since his mother, father, and fiancé were all CIA agents.

Mike Ruppert got his Burn Notice when he discovered that his fiancé was the CIA operative who was in charge of the CIA's smuggling of drugs into the U.S. under cover of various complicit operatives in his own beloved department.

My take on it is that his mother, father, and fiancé pleaded for his life, which was obviously granted. However, the CIA part of the bargain was to destroy his reputation and brand him as a kook (standard CIA burn notice operating procedure you know).

A new movie about what his pet peeve has become since then is being released with the title Collapse. It tells the story, in documentary format, about why he anticipates the collapse of western civilization as we know it.

It will be interesting to those who know of CIA "going rogue" episodes, those who are concerned about global climate change, and those who are interested in the real blueprint used by military industrial complex warmonger intellectuals.
Posted by Dredd at 9:20 AM