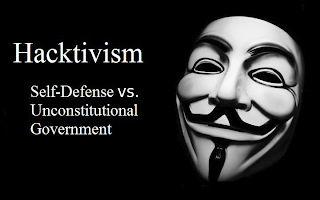 Why haven't we heard much about The Million Mask March scheduled to take place around the world today?

Because McTell News does not want to think about things like that, or tell you about them.

Things like "at some 450 locations around the world people will protest or advocate such things as the military NSA spying, warmongering, hunger, peace, and trying to silence masks aplenty" (Million Mask March, see also this and this).

The MSM will be telling you about things they have been scripted to tell you about, in most places the news is talked about, because they do not want you to know about the world around you.

Regular readers know that Dredd Blog is quite the masky one, telling you about The Leeks, The Epigovernment, The Military Police, The Military Spy-on-the-People Ops, The Virgin MOMCOM, American Feudalism, and big Oil-Qaeda, to name a few.

For a list of many, many more see the Series Posts Tab and/or the Searches Tab at the top of any Dredd Blog page.

Now, go vote if you are so inclined, then more importantly off to the peaceful protests!

UPDATE: Reports indicate that it went well! Russell Brand was quoted as saying "we deserve more from our democratic system":


Protesters wearing the white-faced Guy Fawkes masks that have become synonymous with the Occupy movement and the hacktivist grouping Anonymous have taken part in hundreds of gatherings around the world in opposition to causes ranging from corruption to fracking.

Demonstrations in more than 400 cities had been planned as part of the event - billed as the "Million Mask March" - that coincided with Guy Fawkes Day.

One of the largest protests of Tuesday night took place in central London, where the comedian and advocate of "complete revolution" Russell Brand was pictured among crowds
of people wearing a Guy Fawkes mask.
...
In the US, protesters in Washington DC gathered at the Washington Monument before walking to the White House to raise awareness of causes including opposition to mass surveillance and genetically modified foods. Other protests, of varying size, took place in cities including Vancouver, Tel Aviv, Dublin, Paris, Chicago and Sydney.

One of a number of Facebook pages for the event described it as a "Call for Anonymous, WikiLeaks, the Pirate Party, Occupy and Oath Keepers to defend humanity".

"Remember who your enemies are: billionaires who own banks and corporations who corrupt politicians who enslave the people in injustice," it added.

(Guardian, "Protesters gather around the world for Million Mask March").