The meme that will be discussed today has infected meteorologists, some climate scientists, and the President as well, but has not infected all Fifth Graders.

As will be explained in this post, but first, what is a meme?

A meme is an idea that seems to propagate itself, and a theory initially conceived by the adherents of "Memetics" (see The Mother of All Memes).

A meme exists in a meme complex, which is in a way a group, and any such meme complex tends to perpetuate the memes it is composed of, but at the same time tends to exclude memes that do not fit the criteria required to be a meme in that meme complex.

But more than that, meme complexes even tend to spread themselves.

Memetics did badly as a discipline when it sought to clone aspects of Darwinism by merely using new words, but still keeping the-already-there ideology of biotic evolution (see Death & Resurrection Of Memetics).

Today's post has to do with one specific meme that is on the edge of the climate change denier meme complex.

A meme which the President perpetuated in his news conference yesterday:

(see Katrina & Global Warming). Notice that according to this meme every single big weather event that makes the fossil fuel industry and government look bad (such as Hurricane-Superstorm Sandy or Hurricane Katrina) "can't be linked directly to global warming."

Now who would want us to believe that?

"Why is that meme a false meme as the title of today's post indicates?" you may ask.

Since we deserve an answer, let's contemplate this problem with an exercise in deductive logic, premised on the false meme under our consideration today:

(see Doctors of Philosophy Make Phd. Mistakes). To see what the propagandists and/or apologists (who originally fabricated this false meme) are advancing, let's analyze this a bit further by considering a realistic meme: 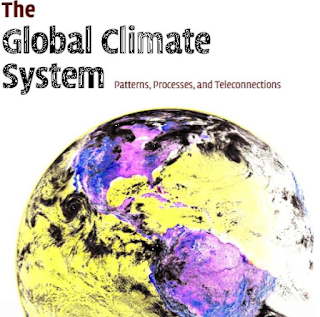 We can only have an impact on our local weather, or on any single weather event, by fixing the global climate system that has been damaged by pollution.

Let's stop lying to ourselves so that we can get about the business of saving civilization from what we are doing to ourselves (pumping green house gases into the atmosphere) year after year, decade after decade.

Let's drop the denial, the procrastination, and the oil addiction so that we can get busy being good to the Earth, so it will in turn be good to us once again.

“They who have put out the peoples eyes reproach them of their blindness.” – John Milton
Posted by Dredd at 8:36 AM