It is no longer a secret or hidden in plain sight that the U.S.eh? is a Plutocracy running a Plutonomy.

Thus, the 1% were the targets of nationwide demonstrations by The Occupy Movement, who represented the sentiments of the 99%, and still do.

How conditions got to be this way is a question many must ponder, so today we will take a look at the ideology that fuels the politics of the Plutocracy.

In yesterday's post we looked at the high number of psychopaths on Wall Street, and elsewhere, so today we will refine the data down to show more of that psychopathology, which is now embedded within the ideals that converted the constitutional republic with a middle-class oriented economy, into a Plutocracy running a Plutonomy.

One source we will use to help identify the ideology of the plutocrats is Ayn Rand, whose ideas are aptly described by a fellow across the pond, one George Monbiot.

Mr. George Monbiot had some succinct observations recently, which I will pass along in today's post:


Her psychopathic ideas made billionaires feel like victims and turned millions of followers into their doormats ...

It has a fair claim to be the ugliest philosophy the postwar world has produced. Selfishness, it contends, is good, altruism evil, empathy and compassion are irrational and destructive. The poor deserve to die; the rich deserve unmediated power. It has already been tested, and has failed spectacularly and catastrophically. Yet the belief system constructed by Ayn Rand, who died 30 years ago today, has never been more popular or influential.

Rand was a Russian from a prosperous family who emigrated to the United States. Through her novels (such as Atlas Shrugged) and her nonfiction (such as The Virtue of Selfishness) she explained a philosophy she called Objectivism. This holds that the only moral course is pure self-interest. We owe nothing, she insists, to anyone, even to members of our own families. She described the poor and weak as "refuse" and "parasites", and excoriated anyone seeking to assist them. Apart from the police, the courts and the armed forces, there should be no role for government: no social security, no public health or education, no public infrastructure or transport, no fire service, no regulations, no income tax.

Atlas Shrugged, published in 1957, depicts a United States crippled by government intervention in which heroic millionaires struggle against a nation of spongers. The millionaires, whom she portrays as Atlas holding the world aloft, withdraw their labour, with the result that the nation collapses. It is rescued, through unregulated greed and selfishness, by one of the heroic plutocrats, John Galt.

(Ayn Rand ... new right's ... Marx, emphasis added). Her book Atlas Shrugged was fiction in every relevant sense of the word, as well as being distinctly contrary to traditional American values.

Nevertheless, the GOP presidential candidates constantly express a modified version of her ideas, fused together with a religious version of her ideology, which in large part recently gave birth to The GOP Tea Party.

That religiosity portion of this neoCon stew, stems from two chapters in the Old Testament books of Leviticus and Deuteronomy, known as "the blessing and cursing" chapters (see Leviticus 26:3-13; Deuteronomy 28:1-14).

The sentiments of wealth and health vs. poverty and disease, based upon the degree of a believer's good behavior, have been lifted from those Old Testament chapters, then morphed, then finally grafted into a modern movement whose leaders have medieval comprehension.

That ongoing movement, populated with zealots, is not generally well known, but once recognized is described by various labels:


Prosperity theology (sometimes referred to as the prosperity gospel or the health and wealth gospel) is a Christian religious doctrine which claims the Bible teaches that financial blessing is the will of God for Christians. 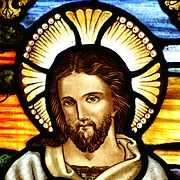 Its proponents teach that the doctrine is an aspect of the path to Christian dominion over society, arguing that God's promise of dominion to Israel applies to Christians today.

The doctrine emphasizes the importance of personal empowerment, proposing that it is God's will for his people to be happy. The atonement (reconciliation with God) is interpreted to include the alleviation of sickness and poverty, which are viewed as curses to be broken by faith.

(Prosperity Theology, emphasis added). This is why billionaires of the 1% fund these types of movements, which are composed of religious zealots who have mystical beliefs about "economy", therefore are not able to recognize the difference between plutonomy and economy.

That unholy matrimony also fits into the 1%'s warmongering ideology, thus we hear of Christian v Muslim, a rebirth of another abysmal pursuit made infamous during The Crusades.

The purpose for the use of religion by the plutocrats, beyond using it as an opiate for many people, is to psychologically put those ruling 1% plutocrats in a good light, and to make Ayn Rand's secular ideology a religious dogma:

Add Social Darwinism and Exceptionalism into this poisonous brew, and you have the right wing foreign policy of nuke first, ask questions later (or as the left-right wing says, later we will kill you if you ask "questions").

The next post in this series is here.
The lyrics to this song are here.