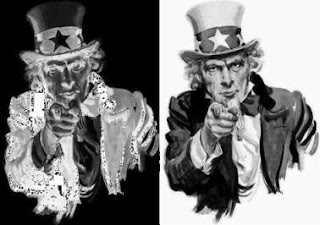 We have been doing a series of posts on what we call the shame memos.

These memos were written during a time when Bush II unabashedly said:

If this was a dictatorship it'd be a heck of a lot easier ... Just so long as I'm the dictator.

(Raw Story). Some people thought he was kidding and some knew he was not kidding.

His Department of Just Us was trying to make him the dictator by removing "quaint" constitutional law from consideration, so "it'd be a heck of a lot easier" to do whatever he wanted to do.

What we are calling the 4th Memo deals with the use of the military within the United States.

This issue was dealt with after the civil war in 1878 by a statute called the Posse Comitatus act. That criminal statute reads:

Whoever, except in cases and under circumstances expressly authorized by the Constitution or Act of Congress, willfully uses any part of the Army or the Air Force as a posse comitatus or otherwise to execute the laws shall be fined under this title or imprisoned not more than two years, or both.

(18 USC 1385). John C. Yoo's memorandum said neither the constitution nor this posse comitatus law said Bush II could not use the military to deal with "terrorists" within the boundaries of the United States (Yoo Memo 10-23-01).

Note that the FBI arrested each and every alleged terrorist, whether a citizen of the US or a citizen of another nation, with no problem if they did violent acts before this memo was written.

That is because any violent act like terrorism is unlawful in the United States and law enforcement always prosecutes such violations of the law.

It is a crime to use the military for such law enforcement purposes.

Evidently this 4th memo written to then White House Counsel Alberto Gonzales was simply designed to make Bush II's job "a heck of a lot easier".
Posted by Dredd at 9:29 AM