On The Peak of Intelligence 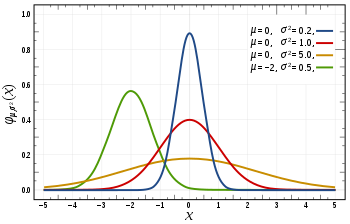 Regular readers know that Dredd Blog has cited the book "The Peak of Everything" in a previous post.

This blog is not the only blog, or other source, for an examination of the various peak notions.

No, many words flow from mouths and keyboards around the blogosphere in an effort to deal with the notion of the peak of this, and the peak of that.

Which is as it should be.

Depending on your world view, a famous or infamous clock even has tick-tocks pointing to the ultimate peak, the peak of the demise of current civilization:


In a sign of pessimism about humanity's future, scientists today set the hands of the infamous "Doomsday Clock" forward one minute from two years ago.

(Doom's Day Clock Moved). Twelve midnight is the Mother of All Peaks in terms of current civilization.

Today we focus on something that has not peaked in human civilization, or at least we hope that it has not.

While pondering the peak of "intelligence", I do not link insanity to intelligence in any linear way, that is, a civilization can be very intelligent yet very insane at the same time.

Intelligence is a resource that can be used well, or misused, it is just that the extreme misuse of intelligence approaches the borders of insanity and can even go beyond that border.

Today, I argue that intelligence has a great distance to go before peaking, and I also argue that if human intelligence continues to be maximized, then used properly, we will be better off (so long as intelligence is not handled like we have handled the other things that can and have peaked).

To illustrate further, notice that the structure of how we think, in terms of brain operations, is not intelligence either:


Kahneman presents our thinking process as consisting of two systems. System 1 (Thinking Fast) is unconscious, intuitive and effort-free. System 2 (Thinking Slow) is conscious, uses deductive reasoning and is an awful lot of work. System 2 likes to think it is in charge but it’s really the irrepressible System 1 that runs the show. There is simply too much going on in our lives for System 2 to analyse everything. System 2 has to pick its moments with care; it is “lazy” out of necessity.

(Thinking, Fast and Slow, Financial Times). Dredd Blog defines "intelligence" as the efficient use of the two systems to bring about sane results.
Posted by Dredd at 8:24 AM