On March 25, 2009, Dredd Blog posted a piece titled "Garbage Garbage Garbage" concerning the dumping of massive amounts of garbage into the oceans of the Earth.

That Dredd Blog post introduced the concept and reported about an "ocean garbage gyre."

The indication was that a lot of what is being dumped indiscriminately into the oceans is plastic garbage which is toxic in various ways to marine life --and is eventually even quite toxic to the water itself.

Soon after that I reported that human skulls and radioactive material were being dumped into the ocean by the Mafia: Mafia Contract Out - On Mother Earth.

More recently we see that governments are also dumping radioactive material into the Pacific at the rate of hundreds of tons a day (cf. The Fukushima Coverup) like an "official Mafia" (The Atomic Sailors).

This current Dredd Blog series began a few months after that with New Continent Found - Garbage Gyre II which was followed with regular episodes in the series (cf. episode 2, 3, 4, 5, 6, 7).

Most recently Dredd Blog pointed out that the mysterious Malaysian Flight 370 was lost in a sea of garbage ... garbage that could be seen by satellites in space looking for flight 370 ... but the aircraft itself disappeared into the garbage laden sea, lost like our ship of state is lost (Titanic Mistakes Using The W Compass - 2).

Lost, like civilization seems to be lost (You Are Here).

In today's post, let's look at some new research which indicates that not only are the oceans (our extended selves) endangered by this garbage dumping, YOU and I are literally eating that garbage as it makes its way through the marine food chain to our dinner tables (a "don't sh*t where you eat" violation).

But first, be aware that a massive propaganda campaign has been going on recently, paid for by Oil-Qaeda.

Its purpose is to have us look somewhere else other than towards them, the ones who make the plastic out of oil and who pollute the air by peddling oil containing green house gases, thereby causing global warming induced climate change (Oil-Qaeda - The Indictment).

So, read the reports with that in mind, because they are often full of deceit rather than facts and truth (The Peak of The Oil Lies - 8, Viva Egypt - 3).

For example, one report chose to skirt the obvious:


Millions of tons. That’s how much plastic should be floating in the world’s
oceans, given our ubiquitous use of the stuff. But a new study finds that 99% of this plastic is missing. One disturbing possibility: Fish are eating it.

If that’s the case, “there is potential for this plastic to enter the global ocean food web,” says Carlos Duarte, an oceanographer at the University of Western Australia, Crawley. “And we are part of this food web.”

(Science, emphasis added). Did you notice the injection of doubt by using weasel phrases "disturbing possibility" and "there is potential" (rank denialism or deceit)?

Why do I say that?

We have videos and have known for decades that birds, whales, and fish have plastic in their stomachs when they wash up dead on shore or are found floating lifeless on the surface of the garbage dump, a.k.a. oceans (Gray whale dies bringing us a message -- with stomach full of plastic trash, How Plastics Affect Birds).

Like I say, it has been known for decades:


1999 was not the first time scientist studied plastic pollution in the ocean. Thor Heyerdal observed plastic in 1969 crossing the North Atlantic on Ra I. Two years later [1971] Edward Carpenter, from Woods Hole Oceanographic Institution, netted pellets and fragments of plastic pollution between the east coast and Bermuda. Plastic pollution in the North Pacific Gyre was first described by Robert Day in 1989 near the coast of Japan, and in the South Atlantic Gyre near Cape Town, South Africa in 1980 by Robert Morris of the Institute of Oceanographic Science in the UK. It was a quiet, poorly-understood menace that palled in significance and interest to oceanographers.

(Plastic Pollution Coalition, emphasis added). Like global warming, this is "ancient history" that has been constantly ignored.

Such business-as-usual (BAU) is either ignorance or psychopathic indifference, depending on who is doing the ignoring with BAU (MOMCOM's Mass Suicide & Murder Pact - 5).

So, take the plastic McTell News with a grain of salt to the extent that it presents this picture as brand spanking new science or that it "might" be a problem  (PNAS PDF, Business Insider, Live Science).

In closing, since I may not have shocked you enough yet, there is a "reason" or a lack of reason for this predicament:


But protecting it from whom? There is, in fact, a strong case to be made that a prime concern of government is the security of state power from the population. As those who have spent time rummaging through archives should be aware, government secrecy is rarely motivated by a genuine need for security, but it definitely does serve to keep the population in the dark. And for good reasons, which were lucidly explained by the prominent liberal scholar and government adviser Samuel Huntington, the professor of the science of government at Harvard University. In his words: “The architects of power in the United States must create a force that can be felt but not seen. Power remains strong when it remains in the dark; exposed to the sunlight it begins to evaporate.” [cf. The Ways of Bernays]
...
These simple truths are rarely acknowledged, but they provide insight into state power and policy, with reverberations to the present moment.

State power has to be protected from its domestic enemy [the people]; in sharp contrast, the population is not secure from state power.
...
Let us turn to another question: What about the security of the population? It is easy to demonstrate that this is a marginal concern of policy planners. Take two prominent current examples, global warming and nuclear weapons. As any literate person is doubtless aware, these are dire threats to the security of the population. Turning to state policy, we find that it is committed to accelerating each of those threats -- in the interests of the primary concerns, protection of state power and of the concentrated private power that largely determines state policy.

Consider global warming. There is now much exuberance in the United States about “100 years of energy independence” as we become “the Saudi Arabia of the next century” -- perhaps the final century of human civilization if current policies persist.

That illustrates very clearly the nature of the concern for security, certainly not for the population. 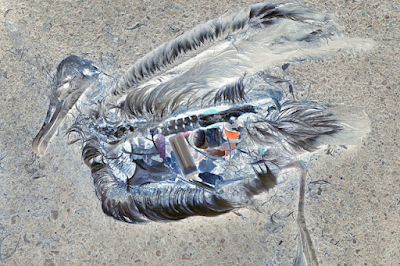