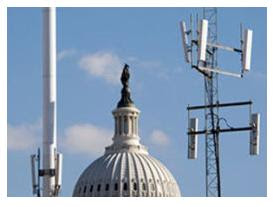 The masters of "psyops" are simply going by the book.

The scope of their planning boggles the mind of most.

But many are aware of it:

And one of the striking features of the modern period is the institutionalization of that process, so that we now have huge industries deceiving the public and they're very conscious about it, the public relations industry. Interestingly, this developed in the freest countries in Britain and the US roughly around time of WWI, when it was recognized that enough freedom had been won that people could no longer be controlled by force. So modes of deception and manipulation had to be developed in order to keep them under control.

(Noam Chomsky, emphasis added). Psyops are in plain site and invisible all at the same time.

The psyops folk are good at their craft.

You underestimate them at your peril.

However, they have not figured out how to change the fundamental mistrust Americans have in governmental power ... so the classic "power corrupts and absolute power corrupts absolutely" is still believed by a majority of the public.

But the psyops folks have weakened that sentiment by a massive strike of anti-conspiracy theory infusions into the public arena for years now.

If your reaction is a "conspiracy theory" one liner, you have illustrated that point.

I mean, only denial would not allow one to go to the Internet links provided in this thread.

Visit them to see the massive evidence of institutional psyops.

They are so for real.

These psyops have been debilitating in many areas, and once lost, is difficult to turn around and regain the territory that was lost to psyops.

People like to think they are correct and therefore, in general, tend to support the status quo.

Psyops folks are well aware of all of this, and have untold billions of dollars at their disposal, as well as many military and other universities and schools to use.

And with those mental warfare weapons being spread via the Main Stream Media each and every day they are free to advance their agenda to new areas.

The first phase of any psyop mental coup involves capturing the mind. This is pure hardcore military doctrine:

Capture their minds and their hearts will follow ...
Psychological Operations (PSYOP) or Psychological Warfare (PSYWAR) is simply learning everything about your target enemy, their beliefs, likes, dislikes, strengths, weaknesses, and vulnerabilities. Once you know what motivates your target, you are ready to begin psychological operations.

(Psywarrior, see also Air University Psyops). And they do know all that about anyone they want to know it about these daze (yes, daze not days).
Posted by Dredd at 12:47 PM