The Citizen Journalist In America - 2

" There is no better time to consider the merits of "citizen journalist" than when main stream media fails.

In today's post, however, I want to reflect on the main stream journalism's editors who have taken the proper position on the abuses the military NSA has done.

Those editors are also reporting on what the military NSA is still doing to the citizens of the world, and even to their own citizens in the U.S.A.

One story which is especially interesting concerns The Guardian of Great Britain, which stands out in its effort to poll editors of major news organizations around the world, showing that they all stand firm concerning the importance of holding fast under government attacks against journalism.

A licentious periodical, The Daily Mail, criticized the Guardian over the leaks exposing the military NSA to the world, so the Guardian editors asked other editors around the world for comment, to which they replied:


"In a democracy, the press plays a vital role in informing the public and holding those in power accountable. The NSA has vast intelligence-gathering powers and capabilities and its role in society is an important subject for responsible newsgathering organisations such as the New York Times and the Guardian. A public debate about the proper perimeters for eavesdropping by intelligence agencies is healthy for the public and necessary." - New York Times
...
"The utmost duty of a journalist is to expose abuses and the abuse of power. The global surveillance of digital communication by the NSA and GCHQ is no less than an abuse on a massive scale with consequences that at this point seem completely unpredictable." - Der Spiegel
...
"Journalists have only one responsibility: to keep their readers informed and educated about whatever their government is doing on their behalf – and first and foremost on security and intelligence organisations, which by their nature infringe on civil liberties. The Snowden revelations, and their publication by the Guardian, have been a prime example of fearlessly exercising this journalistic responsibility." - Haaretz
...
"The Guardian, with whom, among others, Le Monde collaborated in the publication of the WikiLeaks cables, made the right decision to publish the documents released by Snowden. It did so responsibly, acting in the public interest, as we had done with the WikiLeaks documents, and more recently with the "OffshoreLeaks" documents." - Le Monde
...
"When a newspaper prints a story, or a series of stories, such as the Snowden case, the first attacks are always aimed at its editors and publishers. State or homeland security reasons are always claimed.

It happened when The New York Times and The Washington Post printed the Pentagon Papers about the Vietnam War in 1973, and it happened with WikiLeaks. Now, the object of criticism is the Guardian for having printed Edward Snowden's revelations. What is sad, baffling and dangerous is that the attacks now come not only from governments but from other newspapers too." - El Pais
... 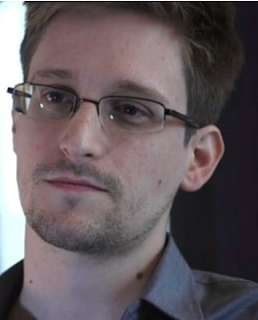 "I have just been reading Tim Weiner's history of the CIA, Legacy of Ashes, which is heavily based on leaked and declassified government documents. Over and again, one is struck by how poorly Americans' interests have been served by secrecy – and by the folly, misjudgment, and abuse of power that might have been prevented by public knowledge. One does not have to admire Julian Assange or Edward Snowden to recognise that their revelations, filtered by scrupulous journalists, have served the fundamental democratic interest of knowing what our governments are up to and how they may be abridging our rights." - Slate
...
"Those attacking the media on the NSA issue wilfully ignore the fact that what the Guardian, the New York Times, the Hindu and other newspapers around the world have published so far are details of snooping that is not even remotely related to fighting terrorism." - The Hindu
...
"It is really striking and bold to accuse journalists of being allies of terrorism simply for performing their professional responsibilities. And it is even more dangerous when, in the name of a "national interest", censorship and concealing information is sponsored on the ground that journalists are not "security experts" to judge what can and should be published." - Clarin . com
...
"The Snowden affair, one day, will be understood as a historic milestone at which democratic societies began to realize that the political cost of new technologies still needed to be negotiated. Hans-Magnus Enzensberger, one of Germany's last great intellectuals and certainly not a leftist, sees it as a transition to a post-democratic society. And had the Snowden files not opened our eyes to this transition already, the way how the current debate about these documents unfolds, certainly did.These revelations are not only about secret services, but just as much about all the new social touchpoints of every citizen who is equipped with a smartphone and online access: Who controls and analyses these touchpoints and why? Is it so difficult to understand that in a world in which – according to Eric Schmidt's concise formulation – the digital self not only mirrors but substitutes our true selves, all these issues become questions of human rights?" - Frankfurter Allgemeine
...
"Journalists have not only the right but a responsibility to challenge government – its behaviour, its reasoning and its assertion of fact. There will always be times when an editor has to rely on his own judgment in making decisions about what to publish and weighing the implications. Editors know these can be profoundly important decisions and they should listen with care to arguments from all sides, including government. Experience has taught scepticism.

Official secrecy doesn't just cloak the national-security state; it hides everything from bureaucratic bungling and politicians' peccadillos to catastrophically bad policy." - The Washington Post
...
"It is journalism's most noble duty to write about and to describe what exists in our world. Our second duty is to add context to and to comment and to evaluate that which exists in our world. If it is a journalist's duty, however, to describe what exists, then this inherently implies the duty to write about those things and events about which certain humans and institutions do not want us to write about. This tends to be case whenever journalists write about the activities of secret services and it was the case during these last weeks when The Guardian, the New York Times or Süddeutsche Zeitung have written about the British secret services, most especially about GCHQ." - Süddeutsche.de
...
"... the role of a free press in a democratic country is to be the guardians – not the spokesmen – of power. Media is part of the check and balances system of an healthy democracy and they would betray their duty if they only reported what the power considers legitimate to reveal to the public opinion." - la Repubblica.it
...
"In its reporting on the NSA stories, the Guardian has played a vital role in the global debate on how society in practice weighs freedom of speech and thought versus our common need for security.

(Guardian). That is not all of the supportive comments that the Guardian received, but those make the case.

Citizen journalists in the form of whistleblowers are a fundamental part of democracy from the earliest days of America (Whistleblowers According To The Early Americans).