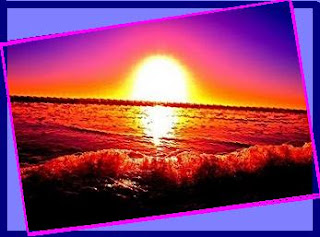 In this series we have been discussing, not individuals, but current civilization, in terms of civilization having reached The Peak of Sanity.

A graph below roughly depicts the outlines of this notion, which is (to say the least) difficult to put a finger on.

That series of decisions by industry and government, circa 1850-1920, which eventually addicted all of industrial civilization to hydrocarbons (oil, coal, gas) doomed civilization.

This led to the realization that the peak of production of those hydrocarbons, which civilization was by then addicted to, would "soon" happen.

Hubbert estimated circa 1956 that the peak of oil production within the United States was going to happen circa 1970.

Axiomatically, since those hydrocarbons are finite, he merely calculated the inevitable, that is, he saw the obvious and said so, adding some mathematical refinement.

Nevertheless, civilization, along with its use of those hydrocarbons, skyrocketed onward and upward toward the apex or peak of the availability of this "drug" civilization still demands for its very "survival".

Soon, still in that red zone on the graph, other scientists also began to notice the negative effects of industrial civilization's "drug" use.

For example, as early as 1959 physicist Gilbert Plass warned, in Scientific American magazine, that increasing concentrations of carbon dioxide in the atmosphere as a result of the increasing use of fossil fuel hydrocarbons was causing climate change (New Government Climate Change Policy).

For some interesting history, going back to the 1850's, see this and this.

Flagrantly ignoring those warnings began what Dredd calls "The Epoch of Criminal Insanity", which some call the Anthropocene, when government and industry committed industrial civilization to a horrible demise. [cf Viva Egypt - 2]

Psychologically speaking, the minds of the officials who did the decision making heard the news, but instead of going into renewable energy mode, went into a deep, lasting, and catastrophic denial instead, a condition that is still with us today.

In so doing, in effect government and business began bringing on the mass murder of civilization.

We see those beginnings in the graph above as the red zone just past the peak of sanity, along with the continual demise downward into mindlessness thereafter.

The best the trapped government can muster now, still in their trance of denial, is to develop a policy of triage to deal with the inevitable horror they are taking all of us into.

The dementia that followed the peak of sanity took various formats, as could be expected when propaganda (the institutionalization of deceit) became the nature of the mass media.

This engendered a national dementia where the populace lives in a "dream world" (worse than expected), "the American dream", not knowing the true nature of the world around them, or even the nature of their own nation.